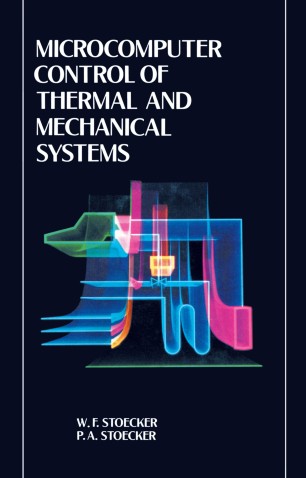 Microcomputers are having, and will have in the future, a significant impact on the technology of all fields of engineering. The applications of micro­ computers of various types that are now integrated into engineering include computers and programs for calculations, word processing, and graphics. The focus of this book is on still another objective-that of control. The forms of microcomputers used in control range from small boards dedicated to control a single device to microcomputers that oversee the operation of numerous smaller computers in a building complex or an industrial plant. The most­ dramatic growth in control applications recently has been in the microcom­ puters dedicated to control functions in automobiles, appliances, production machines, farm machines, and almost all devices where intelligent decisions are profitable. Both engineering schools and individual practicing engineers have re­ sponded in the past several years to the dramatic growth in microcomputer control applications in thermal and mechanical systems. Universities have established courses in computer control in such departments of engineering as mechanical, civil, agricultural, chemical and others. Instructors and students in these courses see a clear role in the field that complements that of the com­ puter specialist who usually has an electrical engineering or computer science background. The nonEE or nonCS person should first and foremost be com­ petent in the mechanical or thermal system being controlled. The objectives of extending familiarity into the computer controller are (1) to learn the char­ acteristics, limitations, and capabilit.