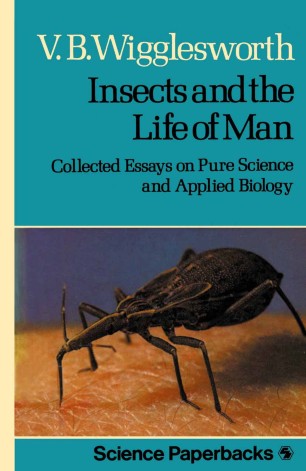 Insects and the Life of Man

When Patrick A. Buxton was appointed by the London School of Hygiene and Tropical Medicine in 1926 to head their Department of Medical Entomology, he had formed the opinion that the control of the insect-borne diseases of the tropics was being impeded by lack of knowledge about the physiology of insects. He persuaded the Board of Management to agree to the selection of a lecturer who would endeavour to advance the subject of insect physiology; and at the suggestion of Sir Gowland Hopkins, under whom I had worked at Cambridge, and with the support of Sir Walter Morley Fletcher, Secretary of the Medical Research Council and a member of the Board of Management, I was appointed to this post - with opportunity for extensive travel to study medical entomology in the tropics and with abundant time for research. Some seventeen years later, during the war years, W. W. C. Topley, as Secretary of the Agricultural Research Council, was faced with the urgent need for improved methods of control of insect pests in agriculture and horticulture by insecticidal or other means. As a support for this objective he recommended the establishment of a Unit of Insect Physiology to carry out basic research which would be of potential value to agriculture; and I was invited to act as director. So once again I was able to undertake world-wide travel - to learn the elements of agricultural entomology.