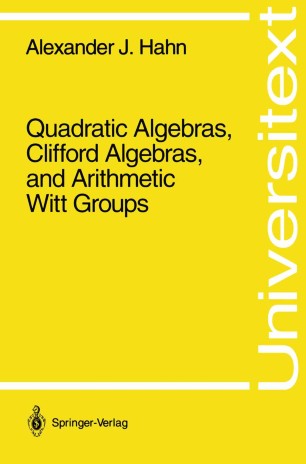 Quadratic Algebras, Clifford Algebras, and Arithmetic Forms introduces mathematicians to the large and dynamic area of algebras and forms over commutative rings. The book begins very elementary and progresses gradually in its degree of difficulty. Topics include the connection between quadratic algebras, Clifford algebras and quadratic forms, Brauer groups, the matrix theory of Clifford algebras over fields, Witt groups of quadratic and symmetric bilinear forms. Some of the new results included by the author concern the representation of Clifford algebras, the structure of Arf algebra in the free case, connections between the group of isomorphic classes of finitely generated projectives of rank one and arithmetic results about the quadratic Witt group.