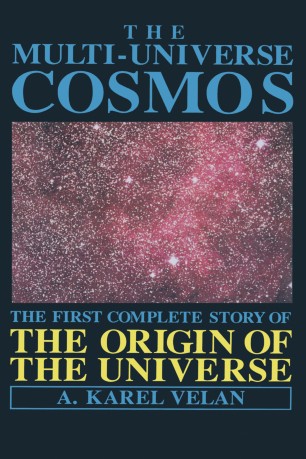 The First Complete Story of the Origin of the Universe

In light of the barrage of popular books on physics and cosmology, one may question the need for another. Here, two books especially come to mind: Steven Weinberg's The First Three Minutes, written 12 years ago, and the recent best-seller ABriefHistory of Time by Stephen Hawking. The two books are complementary. Weinberg-Nobel prize winner/physicist-wrote from the standpoint of an elementary particle physicist with emphasis on the contents of the universe, whereas Hawking wrote more as a general relativist with emphasis on gravity and the geometry of the universe. Neither one, however, presented the complete story. Weinberg did not 13 venture back beyond the time when temperature was higher than 10 K and 32 perhaps as high as 10 K. He gave no explanation for the origin of particles and the singularity or source of the overwhelming radiation energy in our uni verse of one billion photons for each proton. Hawking presents a uni verse that has no boundaries, was not created, and will not be destroyed. The object of this book is to describe my new theory on the creation of our uni verse in a multi-universe cosmos. The new cosmological model eliminates the troublesome singularity-big bang theory and explains for the first time the origin of matter and the overwhelming electromagnetic radiation contained in the universe. My new theory also predicted the existence ofhigh-energy gamma rays, which were recendy detected in powerful bursts.