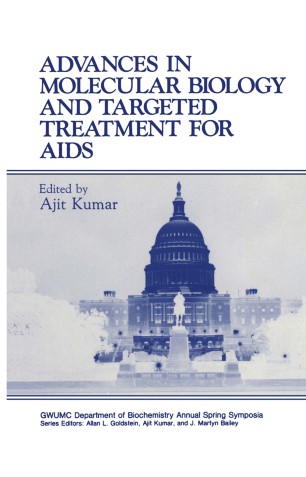 Advances in Molecular Biology and Targeted Treatment for AIDS

Since the discovery of HIV-l as the etiologic agent of acquired immunodeficiency syndrome (AIDS) in the early 1980s, remarkable progress has been made in both the basic understanding of the biological processes leading to AIDS and an accelerated effort in finding new treatments. As is often the case in rapidly advancing fields, most of the scientific discussions are best handled in specialized groups. The effort to organize a meeting on advances in molecular biology and targeted treatment for AIDS was an experiment of sorts to gather experts in selected areas of overlapping interests where advances in basic biology and its application in the development of new drugs could be discussed. Of necessity, the scope of the meeting had to be limited to maintain a certain focus. Important areas of rapid development in AIDS research, such as the vaccine development, epidemiology, animal models, etc. , had to be left out for more specialized meetings. The result, from all accounts, appeared to be quite a successful gathering, which provided a forum for informal discussions among scientists from industry and academic institutions. A remarkable feature of the AIDS virus is its genetic complexity and how some of its seemingly "extra genes" manage to regulate the normal functions of the host and most importantly its immune system.