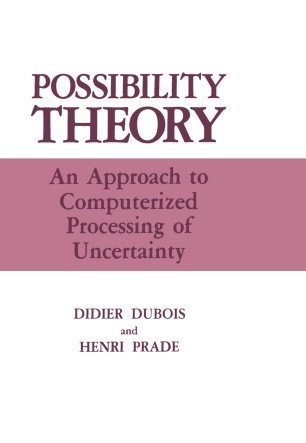 An Approach to Computerized Processing of Uncertainty

In the evolution of scientific theories, concern with uncertainty is almost invariably a concomitant of maturation. This is certainly true of the evolution· of physics, economics, operations research, communication sciences, and a host of other fields. And it is true of what has been happening more recently in the area of artificial intelligence, most notably in the development of theories relating to the management of uncertainty in knowledge-based systems. In science, it is traditional to deal with uncertainty through the use of probability theory. In recent years, however, it has become increasingly clear that there are some important facets of uncertainty which do not lend themselves to analysis by classical probability-based methods. One such facet is that of lexical elasticity, which relates to the fuzziness of words in natural languages. As a case in point, even a simple relation X, Y, and Z, expressed as if X is small and Y is very large then between Z is not very small, does not lend itself to a simple interpretation within the framework of probability theory by reason of the lexical elasticity of the predicates small and large.