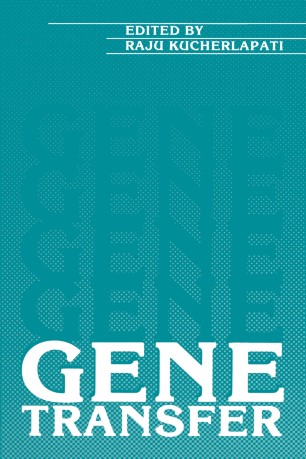 Genetic analysis of microbial systems provided us with the foundation for un­ derstanding gene structure, expression, and regulation. It was long felt that the ability to generate mutants and conduct genetic studies in mammalian systems would prove to be equally useful. However, genetic analysis based on sexual systems is difficult in mammals because of the long generation times and the inability to perform controlled matings. As a result, genetic analysis of mam­ malian systems had to await the development of parasexual systems. This book is an attempt to bring together descriptions of a number of these parasexual systems. A common theme of all the parasexual systems is the transfer of genetic information from a defined source into a specific cell type. This volume deals with a number of methods of gene transfer into mammalian cells. The early methods of gene transfer involved transfer of relatively large amounts of genetic information. These include somatic cell hybridization, microcell fusion, and chromosome transfer, which constitute the first part of this book. Each of these methods has already proven to be of enormous value in arriving at a genetic understanding of the mammalian genome. Development of recombinant DNA methods, and the ability to introduce purified DNA into mammalian cells, has had a significant impact on our ability to dissect important aspects of mammalian gene expression and regulation. The second part of this book deals with gene transfer systems involving defined nucleic acid sequences.