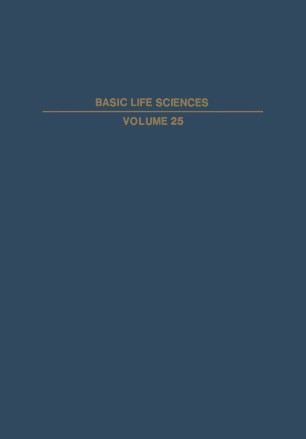 Allen I. Laskin Biosciences Research Exxon Research and Engineering Company Linden, New Jersey I was contacted in the Fall of 1981 by Professors Martin Dworkin and Palmer Rogers, of the University of Minnesota and asked to participate in the orgnization of the 1983 conference in the series, "Interface Between Biology and Medicine". They and the other members of the advisory committee had the vision to realize that this was a time to depart somewhat from the traditional theme, since one of the major areas of interest in the biological and related sciences these days is that of biotechnology in a broader sense than its impact on medicine alone. In designing the format of the Conference, we considered another factor. There has been a plethora of conferences, symposia, and meetings on biotechnology over the past few years, and the faces and topics have become rather familiar. There has been a strong emphasis on the development of the technology and the "biotechnology industry"; less attention has been paid to the science behind it. One might get the impression from some of these meetings and from the popular press that biotechnology has just recently sprung up, apparently full blown; the very fundamental scientific discoveries and the great body of 1 ALLEN I. LASKIN 2 continuing research that forms that basis for the technology is often obscured.