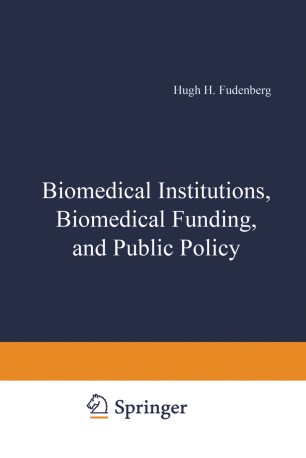 The world is on the threshold of a great new industrial revolution, a 1 scientific-industrial revolution. Recombinant DNA technology and hybridoma technology ("monoclonal antibodies") have already pro­ vided unique investment opportunities for venture capitalists. Hence published reports of biomedical research are no longer restricted to scientific journals, but now appear regularly not only in weekly news­ 2 magazines like Time and U. S. News & World Report,3 but also in the financial sections of The New York Times,4 The Wall Street Journal,S 6 8 Business Week, Fortune,7 and The Economist, as well as in such stock 9 market advisory publications as New Issues and Inc. (The Magazine for Growing Companies). 10 These publications now appear to be as impor­ tant to biomedical scientists in keeping abreast of new scientific devel­ opments in biotechnology as is Current Contents. (The costs of health­ cost provision and of fundamental biomedical research are now also being followed by such media. ) Conversely, Wall Street financial bro­ kers increasingly no longer confine their reading to economic journals but are also perusing Nature,ll Science,12 and Science N 13 for infor­ ews mation on both fiscal and scientific advances in these areas. It is obvious that the information explosion in biotechnology is crossing traditional boundaries (e. g. , ref. 14). This volume is the second of several that are intended to inform both the biomedical community and interested intelligent laymen of the political and economic implications of biomedical research.