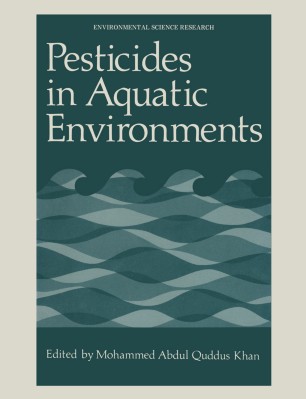 Water covers about two-thirds of the surface of earth, but only 0.627 percent of this water is the sweet surface and subsurface water available for the survival of freshwater organisms including man (1,2). Some of this fresh or sweet water lies in practically uninhabitable regions (rivers: }1ackenzie in Canada; Amazon in Central America; Ob, Yenesey, and Lenta in Siberia, etc.). Also, most of the major rivers (the Mississippi in U.S.A., the Rhine in Europe, the Volga in U.S.S.R., the Ganges in India, etc.), because they flow through agricultural land or urban and industrial areas, have become highly contaminated with chemicals (3). This leaves us with shrinking resources of sweet surface water. In the United States, the dependable supplies of this water are already dwindling in cities like New York and Los Angeles and states like New Mexico and Texas (3).