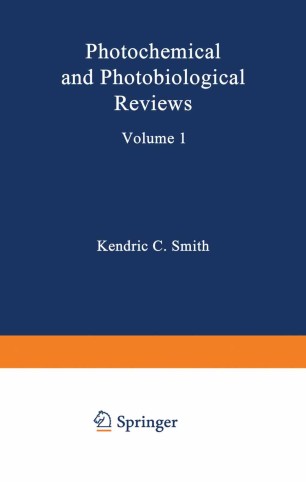 A stone carving from the 14th century B.C. records that the Egyptian pharaoh Akhenaten (born Amenhoteph IV) and his wife, Nefertiti, recognized the importance of sunlight to life. In fact, Akhenaten initiated a monotheistic religion, with Aton, the sun, as God. One of his daughters be­ came the wife of King Tut Ankamon, the spelling of whose name indicates a return to the old religion and an eclipse of interest in photobiology among the pharaohs. A renewal of interest in photobiology in modern times was climaxed in 1928 by the establishment of an international organization for photobiology under the title Comite International de la Lumiere (C.I.L.). Its present title, Comite International de Photobiologie (C.I.P.), was adopted at a meeting in Paris in 1951. The first of a series of international congresses on photobiology was held in 1954 and probably represents the beginning of modern day photobiology. Medical men were prominent in the activities of the old C.I.L., for the importance of natural sunlight in human health and disease was obvious though not well understood. The bringing together of physicians with physicists, chemists, and biologists from the pure and applied branches of their subjects was the aim of the older C.I.L. and continues to the present day through the C.I.P.