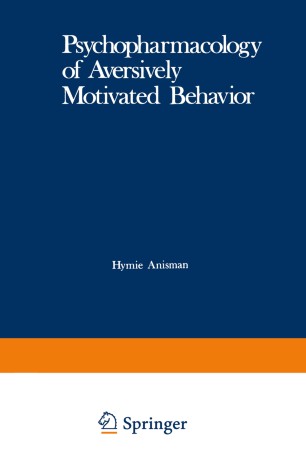 During the past two decades, remarkable advances have been made in psychopharmacology, resulting in increased demands for journal space (witness the large number of journals that cater primarily or exclusively to this topic). Concomitantly, a need developed for more integration of the currently available data. To this end, numerous edited volumes in psycho­ pharmacology have appeared which have been primarily concerned with the role of a particular drug or system in modulating a wide variety of behaviors. While such texts have been most useful in elucidating drug mechanisms and the etiology of a number of behaviors, few attempts have been made to evaluate and integrate pharmacological treatments within a single behavioral category. Specifically, the researcher interested in understanding a given behavior from a neurochemical point of view must consult several texts, each dealing with a different chemical or system. When texts are obtained covering a broad spectrum of systems, they also invariably deal with many different behaviors, thus not allowing for complete integration within a behavioral category. The present volume was planned to meet the needs of the scientist interested in understanding neurochemical mechanisms underlying aversively motivated behavior, as well as drug effects thereon. In organizing the contents of this text, it quickly became apparent that any attempt to provide a complete overview of behavioral and pharmacological information pertaining to aversive situations was not practical for at least two reasons.