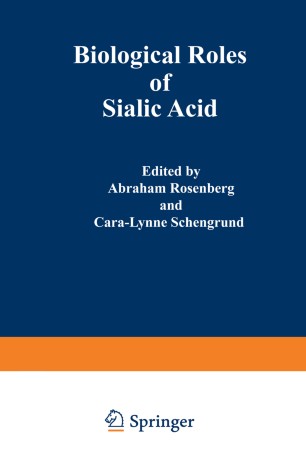 There is a startling amount of research activity concerning the role of sialic acid in mammalian cells and in the mammalian organism. One may discern in the early literature premonitions of compounds containing sialic acid, traceable by descriptions of color reactions, as far back as the turn of the century. Work spanning the 1930s to the 1950s culmi­ nated in the crystallization of sialic acid from a wide variety of biological materials. The ubiquitous nature of the sialic acids, and the biological importance of the substances in which they occur, then became generally manifest. Since then, the chemistry and metabolism of sialic acid and its occurrence, notably, but not exclusively, in the outer cell surfaces of mammalian cells and in key extracellular glycoproteins, have received great attention. The involvement of sialic acid-containing substances in tumorigenicity and in numerous metabolic and infectious pathological conditions, and in the growth, development, and integrity of mammalian cells has achieved widespread recognition. Intensive inquiry into the biological roles of sialic acid continues in a large number of research laboratories throughout the world. This book is intended to represent for the uninitiated as well as for the expert a wide and detailed overview of the current state of knowledge. Major efforts and pioneering break­ throughs have emerged from several laboratories, located on both sides of the Atlantic, of which we make no special individual mention here since they will to some extent appear in the pages that follow.