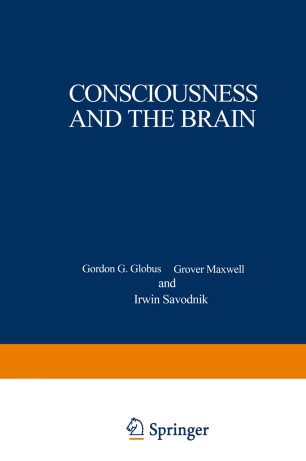 Consciousness and the Brain

A Scientific and Philosophical Inquiry

The relationship of consciousness to brain, which Schopenhauer grandly referred to as the "world knot," remains an unsolved problem within both philosophy and science. The central focus in what follows is the relevance of science---from psychoanalysis to neurophysiology and quantum physics-to the mind-brain puzzle. Many would argue that we have advanced little since the age of the Greek philosophers, and that the extraordinary accumulation of neuroscientific knowledge in this century has helped not at all. Increas­ ingly, philosophers and scientists have tended to go their separate ways in considering the issues, since they tend to differ in the questions that they ask, the data and ideas which are provided for consideration, their methods for answering these questions, and criteria for judging the acceptability of an answer. But it is our conviction that philosophers and scientists can usefully interchange, at least to the extent that they provide co~straints upon each other's preferred strategies, and it may prove possible for more substantive progress to be made. Philosophers have said some rather naive things by ignoring the extraordinary advances in the neurosciences in the twentieth century. The skull is not filled with green cheese! On the other hand, the arrogance of many scientists toward philosophy and their faith in the scientific method is equally naive. Scientists clearly have much to learn from philosophy as an intellectual discipline.