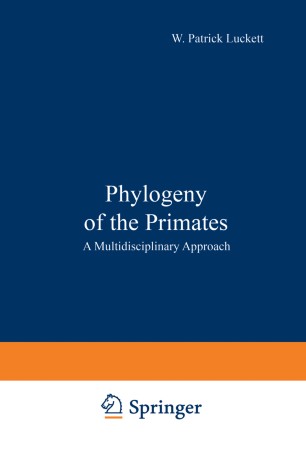 Phylogeny of the Primates

The past decade has witnessed a tremendous surge of interest in varied aspects of primate biology, encompassing virtually all disciplines of the biological sciences. Regardless of whether these studies have been approached from a paleontological, morphological, developmental, biochemical, neuroanatomical, or behavioral point of view, one under­ lying theme has been a common interest in the possible phylogenetic relationships suggested by the results of such studies. In some cases, sound taxonomic principles have not been followed in the interpretation of these data, and this has led to skepticism among many taxonomists with regard to the validity of some of the genealogical relationships and conclusions suggested by comparative studies of living primates. It is generally agreed that the fossil record alone provides the essential time dimension for directly observing changes in characteristics, but unfortunately this record is limited both in the number of genera represented and particularly in the incomplete nature of the available preserved material. On the other hand, extensive comparative analyses of numerous characteristics in living primates have provided additional insight into possible phylogenetic relationships, despite the lack of a time dimension. Such studies of both fossil and living primates are enhanced considerably by a cladistic analysis of the probable primitive (ancestral) or advanced (derived) condition of each character state discussed, based upon their distribution (and ontogeny, wherever possible) in a wide variety of primate and nonprimate taxa, including other eutherian mammals, marsupials, mono­ tremes, and reptiles.