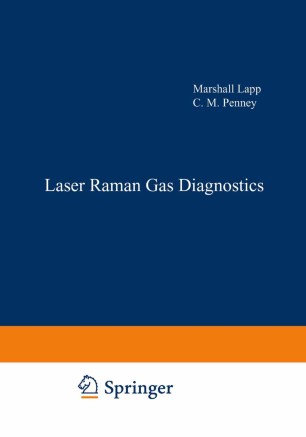 The Laser Raman Workshop on the r"eas urement of Gas Properti es i sone of aseries of occasional meetings organized in an informal workshop format through the stimulation of Project SQUID, Office of Naval Research. This workshop is the second to be organized on gas-phase applications of Raman scattering. Both Raman workshops were supported by Project SQUID, ONR, and the Air Force Aero Propulsion Laboratory, Wright-Patterson Air Force Base. The first Raman Workshop was held at the AVCO Everett Research Laboratory, Everett, Massachusetts, with their co-sponsorship in January 1972 under the chairmanship of D. A. Leonard. The present meeting was co-sponsored by the General Electric Research and Development Center, and held at their facility in Schenectady, New York. We are grateful to Project SQUID, AFAPL, and GE for their generous financial support of this Workshop, and to Project SQUID for underwriting the publication costs of the Proceedings. As is always the case for successful meetings, many people contributed substantially to the organization and execution of this workshop. Professor Robert Goulard supported, aided, and encouraged us in the most helpful ways, and we are indebted to him. We received further valuable support and assistance from Dr. Ralph Roberts, Director, and Mr. James R. Patton, Jr., of the Power Branch, Office of Naval Research; from Dr. William H. Heiser, Chief Scientist of the Aero Propulsion Laboratory; and from Dr. James M.