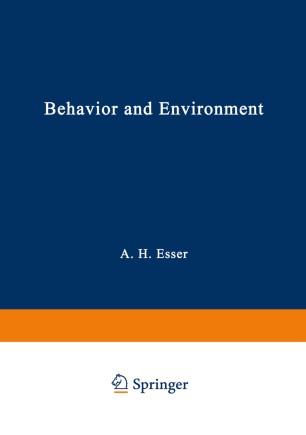 The Use of Space by Animals and Men

The International Symposium on "The Use of Space by Animals and Men," sponsored by the Animal Behavior Society, took place at the 135th Annual Meeting of the AAAS in Dallas, Texas, on December 29-31, 1968. This book presents the text of all papers and edited discus­ sions, as well as the contributions made by several individuals who were unable ·to attend the Symposium. The idea of holding the Symposium evolved following my presenta­ tion of a paper to the Animal Behavior Society in 1965 [2] on the use of space by psychiatric patients. Members in attendance at that ses­ sion, chaired by G. Gottlieb, shared his interest in my compilation of human data presented in a measurable spatial context. This plea­ sant experience persuaded me that a discussion of space might be shared as a frame of reference which could open avenues of communica­ tion between behavioral scientists, the design community, and the de­ cision makers in our society.