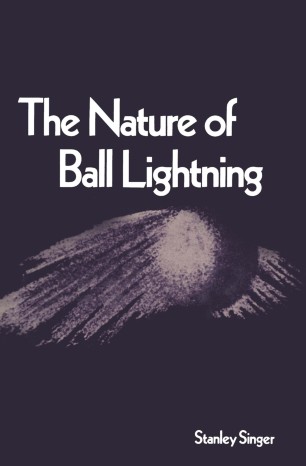 The Nature of Ball Lightning

In 1837 a comprehensive discussion of lightning appeared in the Annual of the French Bureau des Longitudes with a section on ball lightning which provided for the first time a readily available source in the scientific literature of the basic properties of this curious natural phenomenon. The author, Francois Arago, was the dominant influence in the French Academy of Sciences in the nineteenth century, having become a member of that august body at the age of twenty-three. His attention alone doubtless served at that time to establish the validity of scientific interest in the problem. In addition his discussion covered some of the major questions associated with ball lightning in a nota­ bly clear-sighted, effective style. Later reconsideration of the same questions often provided no significant improvement over Arago's discussion. There followed a dauntless band of varying but always small number who attempted to account for an apparently simple natural occurrence, a ball of fire usually seen in thunderstorms, with the best knowledge that advancing science could provide. All attempts to deal with this phenomenon were in­ variably frustrated. The characteristics of ball lightning could be readily cataloged, but they firmly resisted both experimental reproduction and theo­ retical explanation. One may say that to this day there is no explanation accepted by a large number of scientists. Several investigators of great ability and considerable accomplishment in different fields of science, including Faraday, Kelvin, and Arrhenius, took note of the problem.