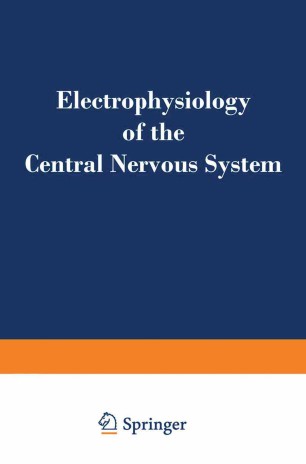 Electrophysiology of the Central Nervous System

The most important yet the most difficult scientific task confront­ ing man is how his brain produces his behavior and his subjective experience. The complexity of this problem is ineffably vast, ex­ ceeding by many orders of magnitude the theoretical and technical achievements concerning atomic energy or the exploration of space. Unlike these areas of endeavor, neuroscience is fortunate in knowing no national rivalries, and its only secrecies are those of language. The latter, however, are often highly effective in con­ cealing from workers in Los Angeles the discoveries of their co- leagues in Moscow. A cogent example is provided in this volume by Roy John (p. 179) whose experiments proceeded for several years before he discovered the important body of data accumulated earlier by Prof. Livanov and his colleagues utilizing the same ingenious technique of the "tracer stimulus." Reduction of such occurrences is certainly one of the goals of the present book, which now becomes a double translation, a dozen of the papers having originally been translated into Russian.