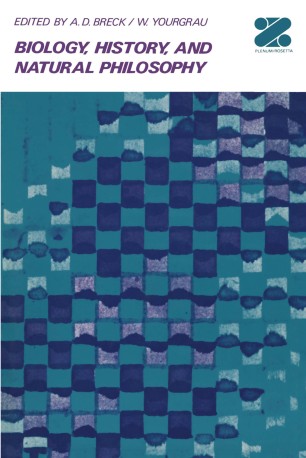 In a world that peers over the brink of disaster more often than not it is difficult to find specific assignments for the scholarly community. One speaks of peace and brotherhood only to realize that for many the only real hope of making a contribution may seem to be in a field of scientific specialization seemingly irrelevant to social causes and problems. Yet the history of man since the beginnings of science in the days of the Greeks does not support this gloomy thesis. Time and again we have seen science precipitate social trends or changes in the humanistic beliefs that have a significant effect on the scientific community. Not infrequently the theoretical scientist, triggered by society's changing goals and understandings, finds ultimate satisfaction in the work of his colleagues in engineering and the other applied fields. Thus the major debate in mid-nineteenth century in which the evidence of natural history and geology at variance with the Biblical feats provided not only courage to a timid Darwin but the kind of audience that was needed to fit his theories into the broad public dialogue on these topics. The impact of "Darwinism" was felt far beyond the scientific community. It affected social thought, upset religious certainties and greatly affected the teaching of science.