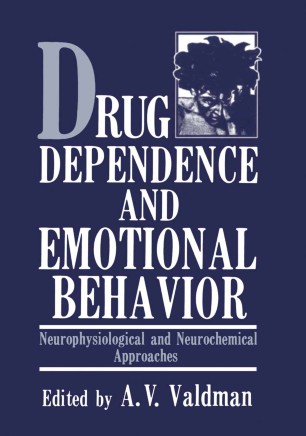 English-speaking scientists start with one vast advantage: the bulk of the world's scientific transactions are conducted in English. There are many who would go further and say that any scientific work of importance is published in English. This book, which is, in effect, the tip of a large iceberg, gives them the lie! In the Soviet Union alone we have a vast wealth of expertise supported by a treasury of books and publications, but it is effectively cut off from Western scrutiny by the language barrier. It therefore seems timely to lift the curtain a little and put some of the best of it on display. In this excellent compilation, Professor Valdman and Dr. Burov have assembled a cast list of leading Soviet scientists who provide us with a refreshingly different slant on a set of problems of con­ cern to neuroscientists throughout the world. These scientific presentations are neither better, nor worse than but, rather, com­ plementary to Western pharmacological thinking. Traditional Soviet approaches to animal psychology are here coupled with sophisticated latter-day neurochemistry and neurophysiology and, in the process, provide us with new insights into the molecular bases of animal responses to environment and to certain drugs. Apart from shedding new light on many contemporary problems, the findings reported here provide an important window on the thought processes of the foremost neuroscientists of the Soviet Union. This book cannot fail to be of interest to all who work in this expanding (and exciting) area. M.