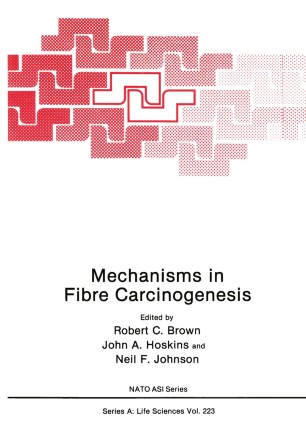 The Editors are sorry that the production of this volume was delayed by the ill­ health of one of them and we hope that this does not detract from the value of the con­ tents. For once this delay is not the fault of any of the authors only the editors are to blame. Many of the workers in the field of fibre toxicology became convinced by the middle 1980's that the worst of the furore over asbestos was over although we were left with an intriguing problem - how does asbestos cause disease? It was expected that the future impact of fibres on human health would be very small since asbestos exposure would be controlled and there was little chance that man-made fibres would prove haz­ ardous. These man-made fibres are much thicker than asbestos and, in most cases, they are less durable in the body. Both of these properties are believed to make them much less likely to cause disease. However many of us had fallen into the habit of calling these materials "asbestos substitutes" and thus they have acquired a little of the notoriety at­ tached to the natural fibrous minerals. Very few of these man-made fibres are actually used as replacements for asbestos. Asbestos was not suitable for the uses to which the insulation wools are usually put and the ceramic fibres are replacements for fire brick not asbestos which is destroyed at the temperatures at which these materials are used.