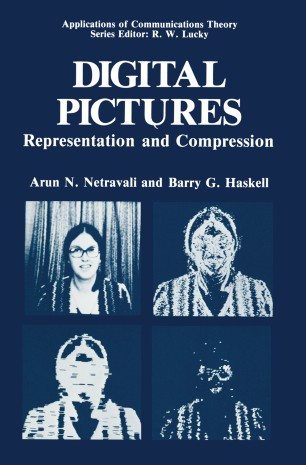 Part of the Applications of Communications Theory book series

For thousands of years mankind has been creating pictures which attempt to portray real or imagined scenes as perceived by human vision. Cave drawings, paintings and photographs are able to stimulate the visual system and conjure up thoughts of faraway places, imagined situations or pleasant sensations. The art of motion picture creation has advanced to the point where viewers often undergo intense emotional experiences. On-the­ spot news coverage gives the impression of actually witnessing events as they unfold. Relatively recently, other forms of visual information have been invented which do not, in themselves, stimulate the eye. For example, vol­ tage variations in an electrical signal, as in television, can represent in analogous fashion the brightness variations in a picture. In this form the visual information can be stored on magnetic tape or transmitted over long distances, and, at least for engineering purposes, it is often much more use­ ful than other forms which do stimulate human vision. With the evolution of digital techniques for information processing, storage, and transmission, the need arises for digital representation of visual information, that is, the representation of images by a sequence of integer numbers (usually binary). In this form, computer processing and digital circuit techniques can be utilized which were undreamed of only a short time ago. Machine manipulation and interpretation of visual infor­ mation becomes possible. Sophisticated techniques can be employed for efficient storage of images. And processing methods can be used to significantly reduce the costs of picture transmission.