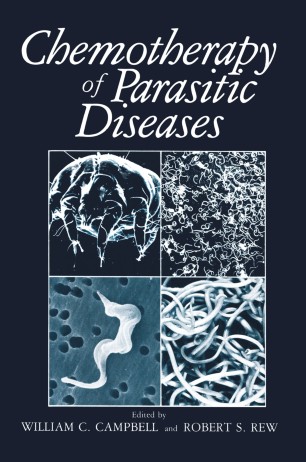 "Have a chew of dulie," said Crubog . . . "What is it?" asked Potter, half-suspiciously. "Seaweed. " "Is it good for the virility? . . . " "And what is the virility?" asked the old man. "Does it make you more attractive to women?" Potier shouted in his ear. "No. " "What is it good for then?" "WortnS. " "Worms?" "Intestinal worms. You'll never again pass a worm if you eat a fistful of dulse first thing in the morning and last thing at night. " "If it's an anthelmintic, I'll try a spot of it," said Potter. - From Bogmail, a novel by Patrick McGinley (1981) With modern techniques of chemical isolation and structure determination, the old distinction between herbal and chemical remedies has largely been broken down. By chemotherapy we now mean simply the treatment of disease by drugs (the word medicines has unhappily been eclipsed). The distinction made between chemotherapy and non­ chemical therapy (e. g. , radiation, physiotherapy, surgical intervention, immu­ nomodulation) remains useful despite some minor overlapping. The present work thus deals with drugs and their use in parasitic disease. (Since we are dealing with the treatment of incipient as well as established infection, chemotherapy subsumes chem­ oprophylaxis as well as chemotherapeusis per se. ) Definition of parasitism as a biological modus vivendi, although important in itself, need not concern us here. We need simply delimit the scope of the book, and that is easily done.