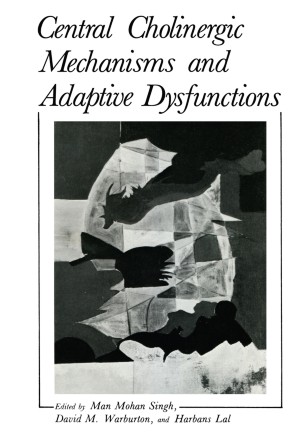 Although serious interest in studying the role of central cho­ linergic processes in psychopathology is just beginning to emerge, experimental literature on the part played by cholinergic mechanisms in brain behavior. reiations is quite extensive. During the past thirty years, cholinergic research has contributed significantly to the characterization and differentiation of adaptive mechanisms in­ volved in input selection, perception, cortical, autonomic and behav­ ioral activation, learning, memory, and inhibitory control of behav­ ioral outputs. To say that dysfunction of one or more of these mech­ anisms may be at the root of neuropsychiatric illnesses such as schiz­ ophrenia would be stating the obvious. This book examines the part cholinergic processes might play in dysfunctions of the adaptive processes involved in higher brain func­ tions and their significance for the pathogenesis, classification, etiology, and treatment of psychopathological conditions. In a series of wide ranging reviews of the available information, the subject is discussed from a variety of perspectives, using data derived from both experimental and clinical research. The purpose is not so much to determine whether cholinergic excess or deficiency is causal in this or that neuropsychiatric syndrome, but rather to try to understand the disease mechanisms in terms of adaptive processes in which cholinergic systems seem to play an important part.