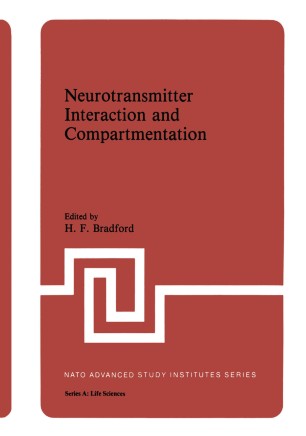 The NATO Advanced Study Institute held in the Hotel Metropole Llandrindod Wells, Powys, Wales from July 26th to August 4th 1981 provided an excellent platform for presentation and appraisal of our current knowledge of neurotransmitter systems. The proceed­ ings comprise the present volume and these were arranged to allow study of the pathways and the interactions of specific transmitter systems, one with another, in the various sub-regions of the central nervous system. In addition several of the key factors involved in neurotransmitter release were highlighted. These include the structural and molecular organisation of the nerve terminal, its organelles (such as vesicles, neurotubules and synaptic densities) and the mechanisms involved in neurotransmitter release including the participation of calcium. The organisation of transmitter synthesis, storage and transport were discussed together with their linkage to other streams of metabolism, and the cellular compartmentation of these processes. In addition to the principal lectures given at the Institute, many part1c1pants presented short reports for discussion and these are all included in this volume. The success of the Study Institute was due to the careful planning of the scientific programme to allow a smooth flow and integration of the topics included and this is reflected in the organisation of this book. The programme committee members were, R. Balazs (London), H. F. Bradford (London,Director), J. B. Clark (London), J. E. Cremer (MRC, Carshalton), J. S. Kelly (London), L. Lim (London), M. J. Neal (London) and P. J. Roberts (Southampton).