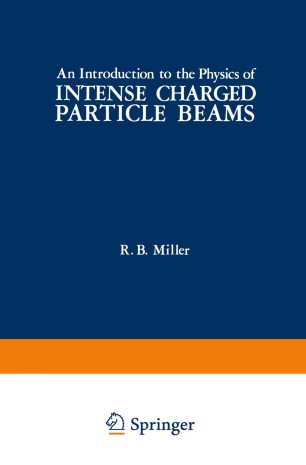 An Introduction to the Physics of Intense Charged Particle Beams

An intense charged particle beam can be characterized as an organized charged particle flow for which the effects of beam self-fields are of major importance in describing the evolution of the flow. Research employing such beams is now a rapidly growing field with important applications ranging from the development of high power sources of coherent radiation to inertial confinement fusion. Major programs have now been established at several laboratories in the United States and Great Britain, as well as in the USSR, Japan, and several Eastern and Western European nations. In addition, related research activities are being pursued at the graduate level at several universities in the US and abroad. When the author first entered this field in 1973 there was no single reference text that provided a broad survey of the important topics, yet contained sufficient detail to be of interest to the active researcher. That situation has persisted, and this book is an attempt to fill the void. As such, the text is aimed at the graduate student, or beginning researcher; however, it contains ample information to be a convenient reference source for the advanced worker.