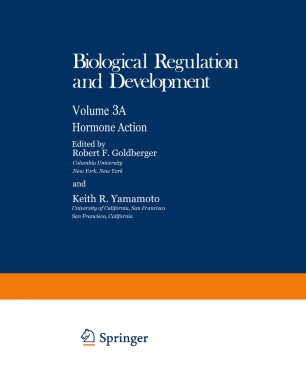 The motivation for us to conceive this series of volumes on regulation was mainly our belief that it would be fun, and at the same time productive, to approach the subject in a way that differs from that of other treatises. We thought it might be interesting and instructive­ for both author and reader-to examine a particular area of investigation in a framework of many different problems. Cutting across the traditional boundaries that have separated the subjects in past volumes on regulation is not an easy thing to do-not because it is difficult to think of what interesting topics should replace the old ones, but because it is difficult to find authors who are willing to write about areas outside those pursued in their own laboratories. Anyone who takes on the task of reviewing a broad area of interest must weave together its various parts by picking up the threads from many different laboratories, and attempt to produce a fabric with a meaningful design. Finding persons who are likely to succeed in such a task was the most difficult part of our job. In the first volume of this treatise, most of the chapters dealt with the mechanisms of regulation of gene expression in microorganisms. The second volume involved a somewhat broader area, spanning the prokaryotic-eukaryotic border. Topics ranged from phage morphogenesis to the role of gradients in development. This third volume-Volume 3A­ concerns hormones, as does the forthcoming companion volume-Volume 3B.