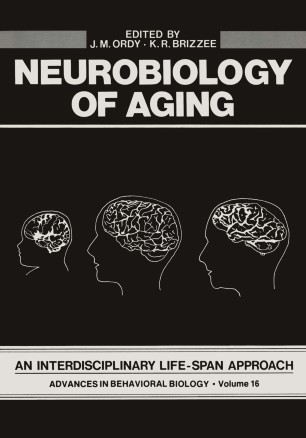 Aging is one of the most universal and inevitable social and sci­ entific challenges confronting man. The lives of all multicellular organisms begin with conception, extend through phases of development, maturity, senescence and finally end in death. Man is no exception, but has the unique feature of a complex brain. It plays an integra­ tive role in adaptation to the physical and social environments through reflexes, conditioning and more complex forms of learning. The brain is a repository for both inherited and acquired information. With the development of speech and the formation of symbolic language, the human brain has made it possible to transmit information cultur­ ally (horizontal) to other members of society, in addition to genetic (vertical) transmission to progeny. This horizontal transmission, which has reached its highest form in man, is a powerful extension of genetic transmission. The brain may provide man all that is of im­ portance in life. It has played a key role in the evolution of life by maintaining and extending the life span. Many mental or intellectual capacities of man reach a peak in early adulthood, remain relatively constant throughout maturity and then appear to decline during senescence. Behaviorally, there appears to be a decrease in sensory, learning and motor functions with aging in all mammalian species. As integrated adaptive control systems, the brain and neuroendocrines have been closely associated with the homeostatic adaptation to environmental challenges throughout .the life span.