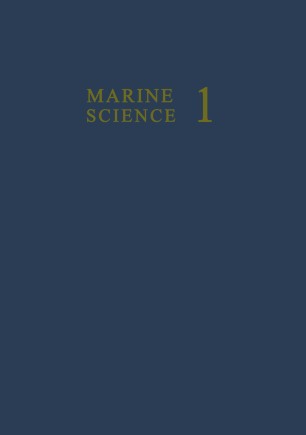 Physics of Sound in Marine Sediments

The phenomenon of sound transmissions through marine sediments is of extreme interest to both the United States civilian and Navy research communities. Both communities have conducted research within the field of this phenomenon approaching it from different perspectives. The academic research community has approached it as a technique for studying sedimentary and crustal structures of the ocean basins. The Navy research community has approached it as an additional variable in the predictability of sound trans­ mission through oceanic waters. In order to join these diverse talents, with the principal aim of bringing into sharp focus the state-of-the-science in the problems relating to the behavior of sound in marine sediments, the Office of Naval Research organized and sponsored an invited symposium on this subject. The papers published in this volume are the results of this symposium and mark the frontiers in the state-of-the-art. The symposia series were based on five research areas identified by ONR as being particularly suitable for critical review and for the appraisal of future research trends. These areas include: 1. Physics of Sound in Marine Sediments, 2. Physical and Engineering Properties of Deep-Sea Sediments, 3. The Role of Bottom Currents in Sea Floor Geological Processes, 4. Nephelometry and the Optical Properties of the Ocean I'laters, S. Natural Gases in Marine Sediments and Their Mode of Distribution. These five areas also form some of the research priorities of the ONR program in Marine Geology and Geophysics.