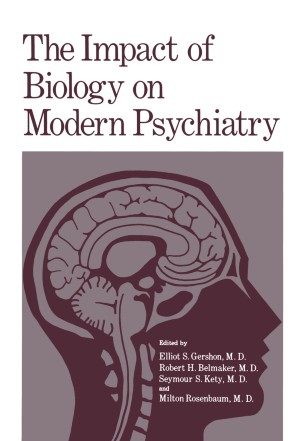 The Impact of Biology on Modern Psychiatry

viii beginning to understand-their action, as will be brought out in this symposium. During this same period another development took place in psychiatry, namely, social and community psychiatry, interpreted by some, incorrectly, in my opinion, as the antitheses of the biological approach. The whole area of the delivery of mental health services, which quickly became more of a political and social issue than a medical one, led to confusion, disillusionment, despair, and also soul-searching by psychiatrists and other mental health professionals. The remarkable Pablo Picasso said, "the development of photography freed the artist to express his own creativity. " I have paraphrased Picasso's insightful remark, namely, "the development of biology and social and community psychiatry should free the psychiatrist to express his own creati­ vity as a physician. " It should allow him to regain his basic medi­ cal identity. As his medical identity becomes paramount, then the pejorative classification of psychiatrists into those "organically­ oriented" and those "dynamically-oriented" will no longer be valid. The psychiatrist, like his medical colleague, must be concerned with the psychological, psychosocial, biological, and technical aspects of psychiatry. The strengthening and development of the medical identity of the psychiatrist imposes increased responsibilities on him and on psychiatry as a medical discipline. On the one hand, he will have to become more of a neuro-bi_ gist and, on the other, more of a behavioral scientist.