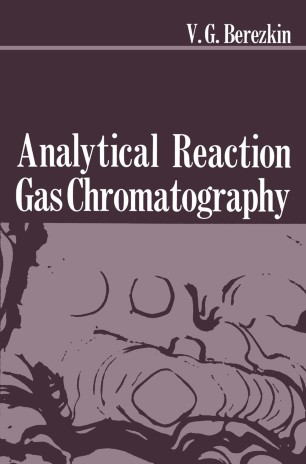 The most universal and effective method for the analysis of complex multicomponent mixtures of volatile substances is gas chromatography. However, there are a number of limitations asso­ ciated with the classical variation of this technique which retard its development and the further expansion of its application: 1) the identification of the components of a complex mix­ ture of unknown composition is in itself a complex and difficult problem, unless the homologous series of the component to be identified is known; 2) the overlapping of chromatographic peaks for several compounds makes it difficult, and in a number of cases impossible, to carry out qualitative and quantitative analysis of these components, and leads to the necessity of using several columns of different polarities or to the use of columns with very high efficiency; 3) the direct analysis of unstable and nonvolatile compounds is impossible; 4) the difficulty of quantitative chromatographic analysis using thermal conductivity detectors increases with the necessity of determining individual response (calibration) factors; the insensitivity of the flame ionization detector to a number of substances (inorganic gases) leads to the necessity of introducing additional operations (prelimi­ nary concentration of trace components) in connection with thermal conductivity detectors. vii viii FOREWORD The directed use of chemical conversion of the compounds analyzed usually makes it possible to remove the limitations cited above.