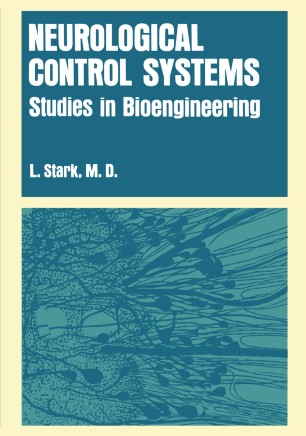 To anyone who worked long on the functional organization of living systems, it seems obvious that the central problems arise from a multi­ plicity of closed loops Simultaneously active in the control of every act. Severally, they may be stable but, combined, they may crack up or break into schizogenetic oscillation. Whatever they are, linear or not, is beside the point, for in either case the same difficulty of analysis arises. Nor does it help our argument that we deal only with formal neurons or those having greater similitude to real ones. This limited Pitts and me, in 1943, to three theorems of Part III of our "Logical Calculus of Idea Immanent in Nervous Activity. " We still seek a transparent terminology in which to discern their properties. In the face of such difficulties it takes great courage to attempt a servo system analysis of the control mechanisms me­ diating any reflex if one would do this as a good engineer. Walt Whitman says of the "Beginners," "How dear and dreadful they are to the earth - appearing at intervals - How all times mischoose their objects of adulation and reward - And how the same price must still be paid for the same great services!" Larry Stark is a beginner. His book must not be mistaken for phys­ iology - and there is nothing wrong with his physiology.