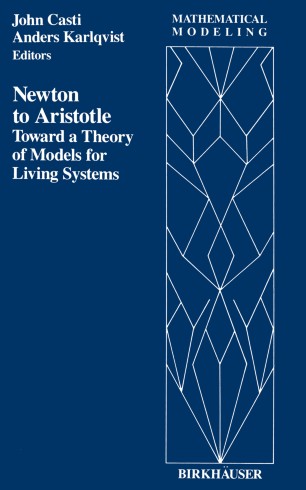 Toward a Theory of Models for Living Systems

Beginning in 1983, the Swedish Council for Planning and Coordination of Research has organized an annual workshop devoted to some aspect of the behavior and modeling of complex systems. These workshops have been held at the Abisko Research Station of the Swedish Academy of Sciences, a remote location far above the Arctic Circle in northern Sweden. During the period of the midnight sun, from May 4-8, 1987 this exotic venue served as the gathering place for a small group of scientists, scholars, and other connoisseurs of the unknown to ponder the problem of how to model "living systems," a term singling out those systems whose principal components are living agents. The 1987 Abisko Workshop focused primarily upon the general system-theoretic concepts of process, function, and form. In particular, a main theme of the Workshop was to examine how these concepts are actually realized in biological, economic, and linguistic situations. As the Workshop unfolded, it became increasingly evident that the central concern of the participants was directed to the matter of how those quintessential aspects of living systems-metabolism, self-repair, and replication-might be brought into contact with the long-established modeling paradigms employed in physics, chemistry, and engineering.