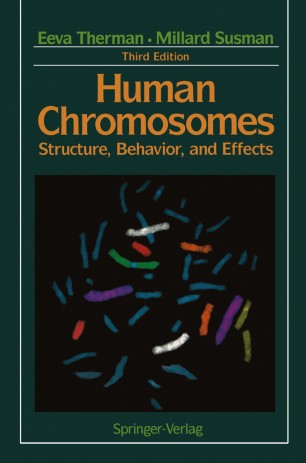 This book, like the two previous editions, was written as an introduction to human cytogenetics, but it could also be used as a text for a general cytogenetics course, since chromosome structure and behavior are similar in all eukaryotes. Many examples in this book are from organisms other than humans, reflecting our combined backgrounds of molecular and bacterial genetics, and plant and animal cytogenetics. In the rapidly expanding field of human cytogenetics, certain subjects, for instance clinical and cancer cytogenetics, are now covered in recently published, thousand-page volumes. In this book, such subjects are presented only in outline. The enormous growth of information has also made the choice of topics and of examples to illustrate them even more arbitrary and subjective than in the previous editions. Apart from a few pages here and there, the text has been rewritten. Major parts, especially those on molecular matters, have been added. This book would not exist without the dedicated participation of Mrs. Barbara Susman. She has been involved in the project from the planning stages to the final proofreading. She has done the extensive literature research, designed most of the tables and illustrations, and edited and typed the text. For discussions and suggestions we are indebted to many colleagues. We wish especially to mention Drs. Lassi Alvesalo, Evelyn M. Kuhn, and Renata Laxova, who have critically read selected parts of the book, and Dr. Carter Denniston, who has read the whole text.