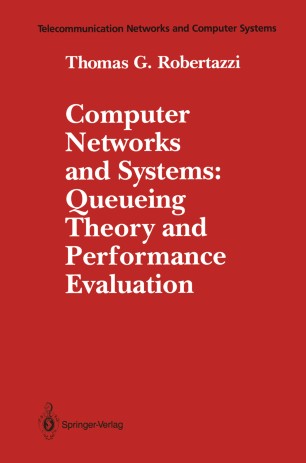 Statistical performance evaluation has assumed an increasing amount of importance as we seek to design more and more sophisticated communi­ cation and information processing systems. The ability to predict a pro­ posed system's performance without actually having to construct it is an extremely cost effective design tool. This book is meant to be a first year graduate level introduction to the field of statistical performance evaluation. As such, it covers queueing theory (chapters 1-4) and stochastic Petri networks (chapter 5). There is a short appendix at the end of the book which reviews basic probability theory. At Stony Brook, this material would be covered in the second half of a two course sequence (the first half is a computer networks course using a text such as Schwartz's Telecommunications Networks). Students seem to be encouraged to pursue the analytical material of this book if they first have some idea of the potential applications. I am grateful to B.L. Bodnar, J. Blake, J.S. Emer, M. Garrett, W. Hagen, Y.C. Jenq, M. Karol, J.F. Kurose, S.-Q. Li, A.C. Liu, J. McKenna, H.T. Mouftah and W.G. Nichols, I.Y. Wang, the IEEE and Digital Equip­ ment Corporation for allowing previously published material to appear in this book.