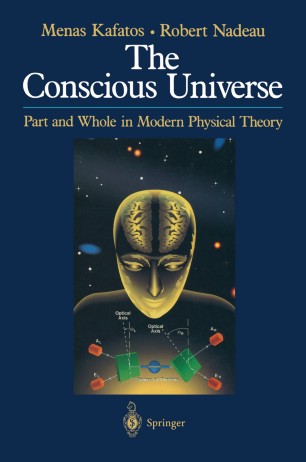 This discussion resulted from a dialogue which began some seven years ago between a physicist who specializes in astrophysics, general relativity, and the foundations of quantum theory, and a student of cultural history who had done post-doctoral work in the history and philosophy of science. Both of us at that time were awaiting the results of some experiments being conducted under the direction of the physicist Alain Aspect at the University of Paris-South. ! The experiments were the last in a series designed to test some predictions based on a mathematical 2 theorem published in 1964 by John Bell. There was no expectation that the results of these experiments would provide the basis for developing new technologies. The questions which the experiments were designed to answer concerned the relation­ ship between physical reality and physical theory in the branch of physics known as quantum mechanics. Like most questions raised by physicists which lead to startling new insights, they were disarmingly simple and direct. Is quantum physics, asked Bell, a self-consistent theory whose predictions would hold in a new class of experiments, or would the results reveal that the apparent challenges of quantum physics to the understanding in classical physics of the relationship between physical theory and physical reality were merely illusory? Answering this question in actual experiments could also, suggested Bell, lead to another, quite dramatic, result.