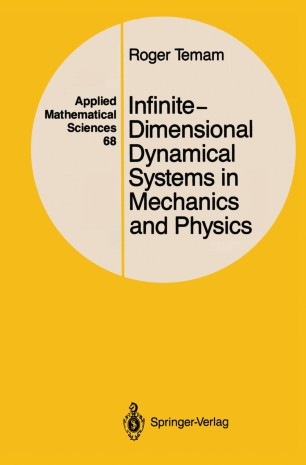 The study of nonlinear dynamics is a fascinating question which is at the very heart of the understanding of many important problems of the natural sciences. Two of the oldest and most notable classes of problems in nonlinear dynamics are the problems of celestial mechanics, especially the study of the motion of bodies in the solar system, and the problems of turbulence in fluids. Both phenomena have attracted the interest of scientists for a long time; they are easy to observe, and lead to the formation and development of complicated patterns that we would like to understand. The first class of problems are of finite dimensions, the latter problems have infinite dimensions, the dimensions here being the number of parameters which is necessary to describe the configuration of the system at a given instant of time. Besides these problems, whose observation is accessible to the layman as well as to the scientist, there is now a broad range of nonlinear turbulent phenomena (of either finite or infinite dimensions) which have emerged from recent developments in science and technology, such as chemical dynamics, plasma physics and lasers, nonlinear optics, combustion, mathematical economy, robotics, . . . . In contrast to linear systems, the evolution of nonlinear systems obeys complicated laws that, in general, cannot be arrived at by pure intuition or by elementary calculations.