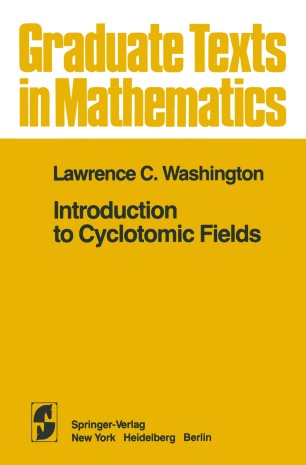 This book grew. out of lectures given at the University of Maryland in 1979/1980. The purpose was to give a treatment of p-adic L-functions and cyclotomic fields, including Iwasawa's theory of Zp-extensions, which was accessible to mathematicians of varying backgrounds. The reader is assumed to have had at least one semester of algebraic number theory (though one of my students took such a course concurrently). In particular, the following terms should be familiar: Dedekind domain, class number, discriminant, units, ramification, local field. Occasionally one needs the fact that ramification can be computed locally. However, one who has a good background in algebra should be able to survive by talking to the local algebraic number theorist. I have not assumed class field theory; the basic facts are summarized in an appendix. For most of the book, one only needs the fact that the Galois group of the maximal unramified abelian extension is isomorphic to the ideal class group, and variants of this statement. The chapters are intended to be read consecutively, but it should be possible to vary the order considerably. The first four chapters are basic. After that, the reader willing to believe occasional facts could probably read the remaining chapters randomly. For example, the reader might skip directly to Chapter 13 to learn about Zp-extensions. The last chapter, on the Kronecker-Weber theorem, can be read after Chapter 2.