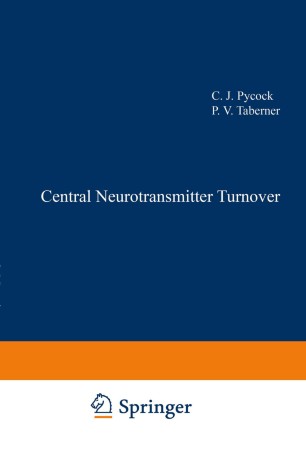 The concept of chemical transmission in the central nervous system has taken some time to be generally accepted, but an increasing number of compounds are now being recognized as hav­ ing a transmitter role in the brain. The acetylcholine system was the first to be discovered in the periphery and its charac­ teristic features of storage of transmitter in vesicles in the nerve terminal, its electrically-evoked release and rapid extra­ neuronal breakdown were considered to be necessary criteria for any neurotransmitter candidate. The subsequent elucidation of the noradrenergic system made it apparent that rapid enzymatic breakdown was not essential for a released transmitter, and the possibility of high-affinity re-uptake processes became establ­ ished as an alternative means of terminating the synaptic actions of a transmitter. With the eventual acceptance of the amino acids as excitat­ ory or inhibitory transmitters, the requirement for a transmit­ ter to be present in a low concentration overall (although locally concentrated in specific terminals) also had to be discarded. This necessitated the additional concept of specif­ ic metabolic pools with different functions being located in different cells or within different regions of the same cell. Some localization of glutamate and aspartate remote from excit­ able membranes is clearly essential since their overall brain concentrations would be sufficient to maximally depolarize the majority of neurones in the brain. The concept of separate metabolic pools has been supported by stUdies on turnover rate (see Chapter 5).