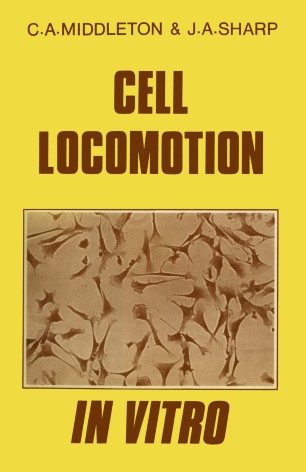 It is ten years since the first symposium on cell locomotion was held (Locomotion of Tissue Cells, Ciba Foundation Symposium 14, 1972). That meeting was chaired by Michael Abercrombie, and in his intro­ ductory remarks he commented on the extent to which the importance of cell locomotion, apart from that seen in leucocytes, had been under­ estimated. Much has been done to correct that neglect during the suc­ ceeding decade, and we have learned more about the underlying mechanisms of cell locomotion and about the factors which may influence it. Abercrombie was himself a major contributor to this field of research (as a glance at the lists of references in this book will confirm), and his ideas inspired the work of many other investigators. As in all branches of science, progress in the study of celliocomo­ tion has depended on the availability of appropriate experimental techniques. Of these, tissue culture has made the greatest contribution, in conjunction with a variety of procedures using either the light or the electron microscope. We have, therefore, attempted, in chapters 2 and 3, to provide explanations of the techniques which have been parti­ cularly fruitful, but only in sufficient detail to permit the reader to is not a laboratory manual.