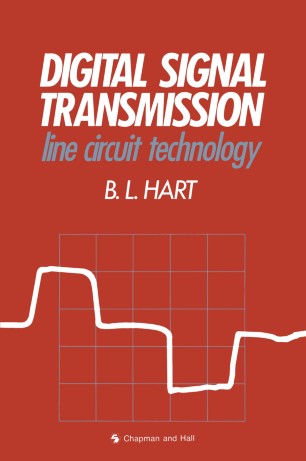 The coming of digital electronics has given rise to many textbook- outstanding among which are the authoritative works of Douglas Lewin- dealing, in the main, with the combinational and sequential logic aspects of system design. By comparison, the coverage of digital hardware has been meagre: in particular, books on logic circuit interconnections have been scarce in number. When circuits operated at relatively low speeds this did not cause major problems to engineers and students, but the increasing use of fast, and very fast, logic circuits employed extensively in modern digital systems has brought the requirement for properly-designed transmission paths between printed circuit boards, on the boards, and even in the integrated circuit packages themselves. turn, has necessitated a physical understanding of line pulse This, in behaviour, and an ability to design practically appropriate interconnection systems, by a far wider audience of engineers, scientists and students than has been the case hitherto. For many years the study of transmission lines was, primarily, the province of the telecommunications engineer sending high-frequency radio signals to antennas for radiation into space, and the power engineer working at low frequencies (50/60 Hz) but with corresponding wavelengths comparable with the relatively large distances involved in the supply of power from generating stations to remote users. The textbook treatment of lines was well­ established, but based mainly on the assumption of sinusoidal signals. This 'frequency-domain' approach is not best suited to the understanding of the transmission of digital signals.