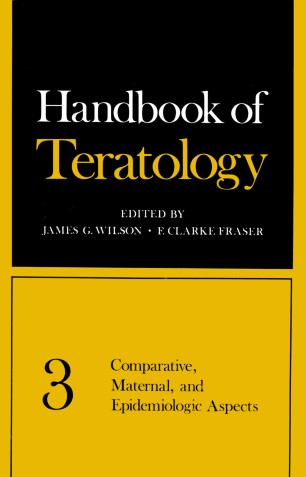 Modification of embryonic development by genetic differences in the mother is a well-regcognized phemomenon, but little is known about the genet­ ics of these maternal traits or the mechanisms by which they act. To illustrate the genetic approach to the problem, examples are given of how differences in embryonic response to a teratogen can be partitioned into those resulting from differences in embryonic genotype (including the possible role of X-linked genes in producing reciprocal cross differences), maternal genotype, and cytoplasmically transmitted factors. The advantages and limitations of analysis by appropriate crosses, in utero treatments, embryo transfers, and in vitro experiments are illustrated. The numerous inbred strains of the mouse, with well-documented physiology, the recently developed recombinant inbred strains, and the existence of easily identified biochemical marker genes offer at­ tractive opportunities, so far largely unexploited, for causal analysis of mater­ nal effects on teratological responses. VII. ADDENDUM Since this chapter was written, several relevant papers have appeared. The strain difference between AI] and C57BU6] mice in frequency of cleft-palate response to cortisone was fitted to a model of normally distributed log tolerance (Biddle and Fraser, 1976). Genetic differences, both in maternal uterine environment and embryonic response, can be represented in terms of their effect on the median effective dose required for the cleft-palate re­ sponse. The maternal effect of AI] dams relative to C57BU6] dams caused a two-fold reduction in embryonic tolerance to cortisone-induced cleft palate.