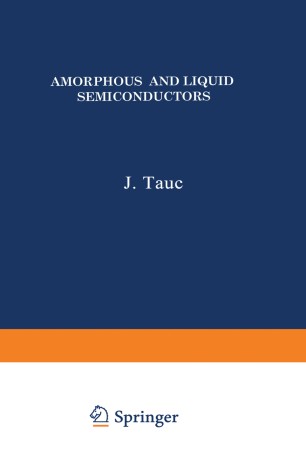 Solid state physics after solving so successfully many fundamental problems in perfect or slightly imperfect crystals, tried in recent years to attack problems associated with large disorder with the aim to understand the consequences of the lack of the long-range order. Semiconductors are much more changed by disorder than metals or insulators, and appear to be the most suitable materials for fundamental work. Considerable exploratory work on amorphous and liquid semiconductors was done by the Leningrad School since the early fifties. In recent years, much research in several countries was directed to deepen the understanding of the structural, electronic, optical, vibrational, magnetic and other proper­ ties of these materials and to possibly approach the present level of under­ standing of crystalline semiconductors. This effort was stimulated not only by purely scientific interest but also by the possibility of new applications from which memory devices in the general sense are perhaps the most challenging. The research met with serious difficulties which are absent in crystals.