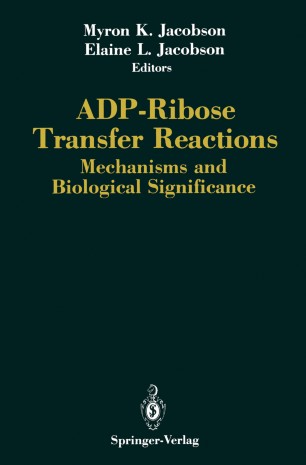 Current interest in NAD (Nicotinamide adenine dinucleotide) in biological systems focuses on its role in ADP-ribose transfer reactions. These appear to be fundamentally involved in the regulation of many physiological processes. The contributions in this monograph thus represent the range of research in the very active investigation of niacin metabolism. The major topics covered are: ??? - Enzymology of ADP-Ribosylation - ADP-Ribosylation and Chromatin Function - Carcinogenesis and Differentiation - NAD Metabolism and Chemotherapy - ADP-Ribosylation and Signal Transduction - Molecular Genetic Approaches to ADP-Ribosylation