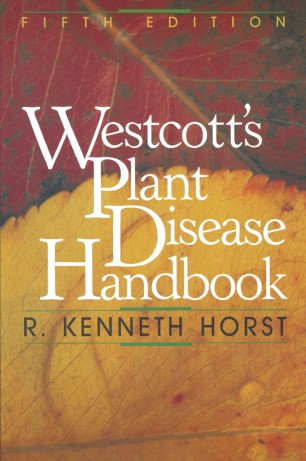 It was a compliment to me to be asked to prepare the fourth edition of Westcott's Plant Disease Handbook, and the decision to accept the responsi­ bility for the fourth edition and now the fifth edition was not taken lightly. The task has been a formidable one. I have always had a great respect professionally for Dr. Cynthia Westcott. That respect has grown considerably with the completion of the two editions. I now fully realize the tremendous amount of effort expended by Dr. Westcott in developing the Handbook. A book such as this is never finished, since one is never sure that everything has been included that should be. I would quote and endorse the words of Dr. Westcott in her preface to the first edition: "It is easy enough to start a book on plant disease. It is impossible to finish it. " This revision of the Handbook retains the same general format contained in the previous editions. The chemicals and pesticides regulations have been updated; a few taxonomic changes have been made in the bacteria, fungi, and mistletoes; the changing picture in diseases caused by viruses and/ or viruslike agents has been described. A few new host plants have been added, and many recently reported diseases as well as previously known diseases listed now on new hosts have been included. In addition, photographs have been replaced where possible, and the color photograph section has been retained.