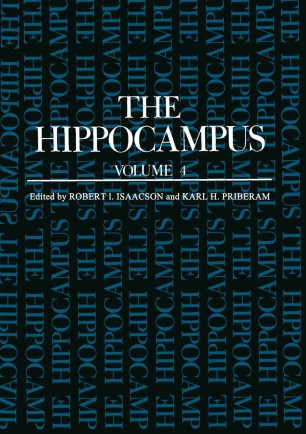 The current volumes of The Hippocampus reflect the prodigious amount of work aimed at discovering the functions of this structure over the past decade. The hippocampus ideally lends itself to two types of study: (1) because of its regular and relatively simple cytoarchitecture, it can serve as a model for cortical processing in general, and (2) because of its size and central location, the role of the hippocampus in the total ecology of brain function poses an important challenge. We attempted to divide the contributions to Volumes 3 and 4 according to these two types of experimental aims. As always, however, when one makes dichotomies, one finds them inadequate in treating certain data and our attempt is no exception. There are contributions that do not fit the classification and there are others which fit both. In addition, there are manuscripts which we wanted to include but which the authors were not ready to submit at this time. Larry Squire, Mortimer Mishkin, and others are making important contributions which donot appear in these volumes except among references throughout. But this was also the case for Volumes 1 and 2 where we sorely miss the irreplaceable contributions of James Olds, Ross Adey, and Brenda Milner. Volume 4 is concerned primarily with the role of the hippocampus in the ecology of the brain in regulating behavior and experience. The contri­ butions have the potential to raise the level of our understanding considerably.