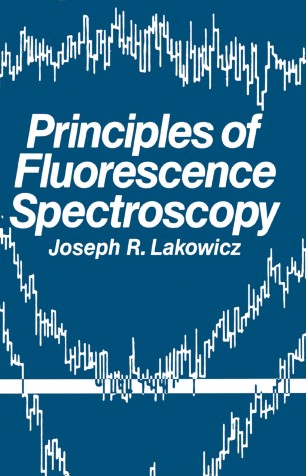 Fluorescence methods are being used increasingly in biochemical, medical, and chemical research. This is because of the inherent sensitivity of this technique. and the favorable time scale of the phenomenon of fluorescence. 8 Fluorescence emission occurs about 10- sec (10 nsec) after light absorp­ tion. During this period of time a wide range of molecular processes can occur, and these can effect the spectral characteristics of the fluorescent compound. This combination of sensitivity and a favorable time scale allows fluorescence methods to be generally useful for studies of proteins and membranes and their interactions with other macromolecules. This book describes the fundamental aspects of fluorescence. and the biochemical applications of this methodology. Each chapter starts with the -theoreticalbasis of each phenomenon of fluorescence, followed by examples which illustrate the use of the phenomenon in the study of biochemical problems. The book contains numerous figures. It is felt that such graphical presentations contribute to pleasurable reading and increased understand­ ing. Separate chapters are devoted to fluorescence polarization, lifetimes, quenching, energy transfer, solvent effects, and excited state reactions. To enhance the usefulness of this work as a textbook, problems are included which illustrate the concepts described in each chapter. Furthermore, a separate chapter is devoted to the instrumentation used in fluorescence spectroscopy. This chapter will be especially valuable for those perform­ ing or contemplating fluorescence measurements. Such measurements are easily compromised by failure to consider a number of simple principles.