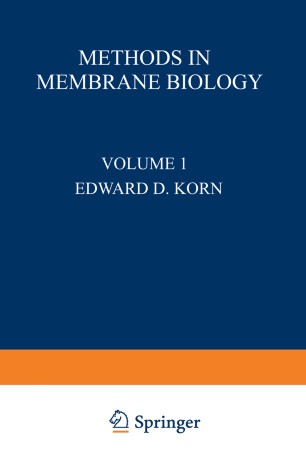 Examination of the tables of contents of journals - biochemical, molecular biological, ultrastructural, and physiological-provides convincing evidence that membrane biology will be in the 1970s what biochemical genetics was in the 1960s. And for good reason. If genetics is the mechanism for main­ taining and transmitting the essentials of life, membranes are in many ways the essence of life. The minimal requirement for independent existence is the individualism provided by the separation of "life" from the environment. The cell exists by virtue of its surface membran~. One might define the first living organism as that stage of evolution where macromolecular catalysts or self-reproducing polymers were first segregated from the surrounding milieu by a membrane. Whether that early membrane resembled present cell membranes is irrelevant. What matters is that a membrane would have provided a mechanism for maintaining a local concentration of molecules, facilitating chemical evolution and allowing it to evolve into biochemical evolution. That or yet more primitive membranes, such as a hydrocarbon monolayer at an air-water interface, could also have provided a surface that would facilitate the aggregation and specific orientation of molecules and catalyze their interactions. If primitive membranes were much more than mere passive barriers to free diffusion, how much more is this true of the membranes of contemporary forms of life. A major revolution in biological thought has been the recogni­ tion that the cell, and especially the eukaryotic cell, is a bewildering maze of membranes and membranous organelles.