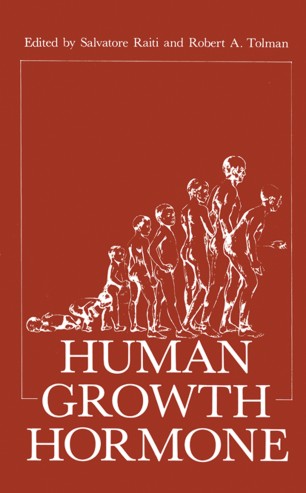 It has been ten years since the National Hormone and Pituitary Program (then called the National Pituitary Agency) sponsored a symposium on human growth hormone (hGH). Numerous advances have occurred during this period. This book does not attempt to summarize past achievements. Rather, it deals with the contemporary issues in hGH research. A discussion of the present state of the art, of necessity, includes a review of the past. Some of the topics herein discussed include the following: 1. Growth hormone releasing factor (GRF). In 1973, the growth hormone inhibitory factor (somatostatin) had recently been discovered. The search for a releasing factor in humans led to its discovery not in the pituitary but in a pancreatic tumor that secreted growth hormone. The advances are discussed in this book. The current hope is that GRF will eventually become an effective therapeutic agent for idiopathic hypopituitarism in childhood and adolescence. 2. Biosynthesis of hGR by recombinant DNA technology. Current advances are discussed. Although hGH is not yet an approved drug, it will eventually become one. This will broaden our horizons in terms of hGH effectiveness in disorders other than hypopituitary dwarfism. The current experience with this type of hGH in both the Vnited States and Europe is reviewed by several authors.